A sublime older Beni Ouarain rug, mid 20th century, from the northeastern Middle Atlas with an elegant, minimalist design. The simplified geometric pattern in combination with the finest hand-spun wool make this piece very desirable. Since the early 2000s the commercial production of Beni Ouarain carpets adapted to the European and American market demands. Their designs most often lack spirit, unlike this example, which combines many of the searched after characteristics of an older authentic piece. 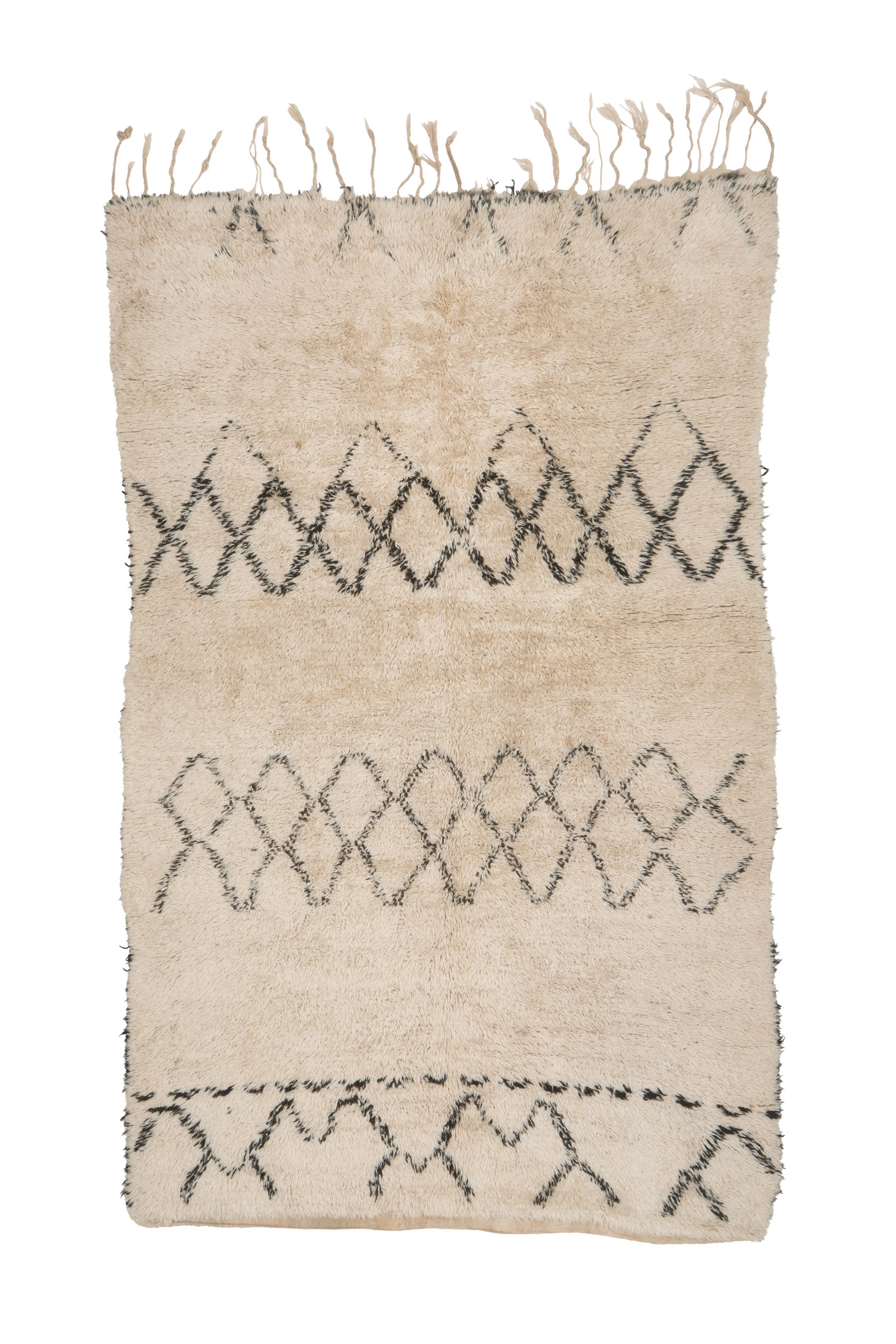 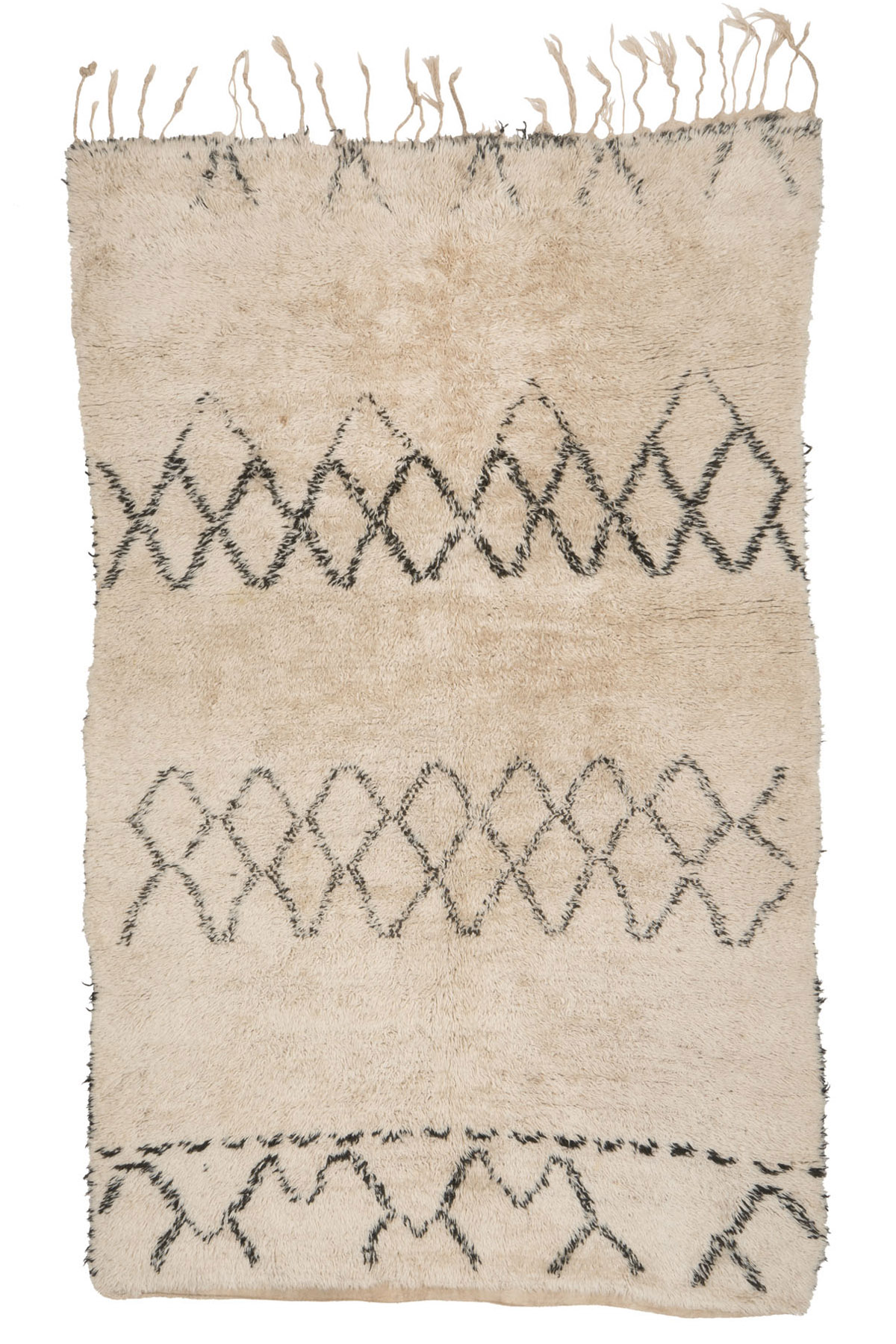