A Beni Ouarain rug, 1990s-00s, from the northeastern Middle Atlas with a free flowing lozenge network in cognac-brown. This rather young but genuine piece, incorporating two single knots with textile scraps, has a true tribal spirit in opposition to the newer commercial productions of the Beni Ouarain. It is an unobtrusive rug in a good size with a nice quality that can be integrated into almost any interior. 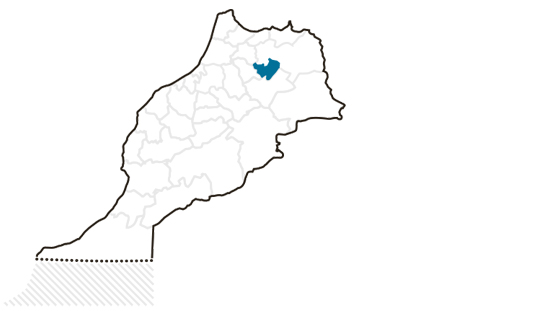