A unique Rehamna, 1970s, from the Plains of Marrakech, with free floating motifs flanked by zigzag lines, on a brown-purplish field. What makes this piece special is that Rehamna rugs with dark backgrounds are extremely rare. Additionally, the monochrome background has a striking vividness which, in combination with the foreground, makes the motifs look like clouds moving across a distant field. Please note: This rug has probably been slightly shortened. It is listed as no.188 in the catalogue described below.

Jurgen Adam began collecting in the 1960s and had access to pieces that have long since disappeared from the market. His collection include pile carpets from Rehamna and the region surrounding the city of Boujad, as well as a group of highly unusual pieces and a large number of monochrome carpets from the Middle Atlas.

Please see the catalogue Marokkanische Teppiche und die Kunst der Moderne (published by Arnoldsche in 2013) accompanying the exhibit Moroccan Carpets and Modern Art shown at the Pinakothek der Moderne in Munich from September 14, 2013 to January 5, 2014. To inquire about the availability of individual pieces please get in touch via the link below. 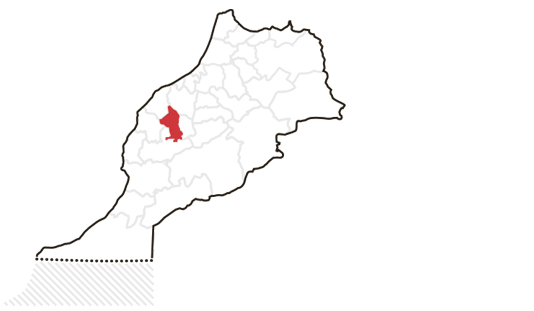 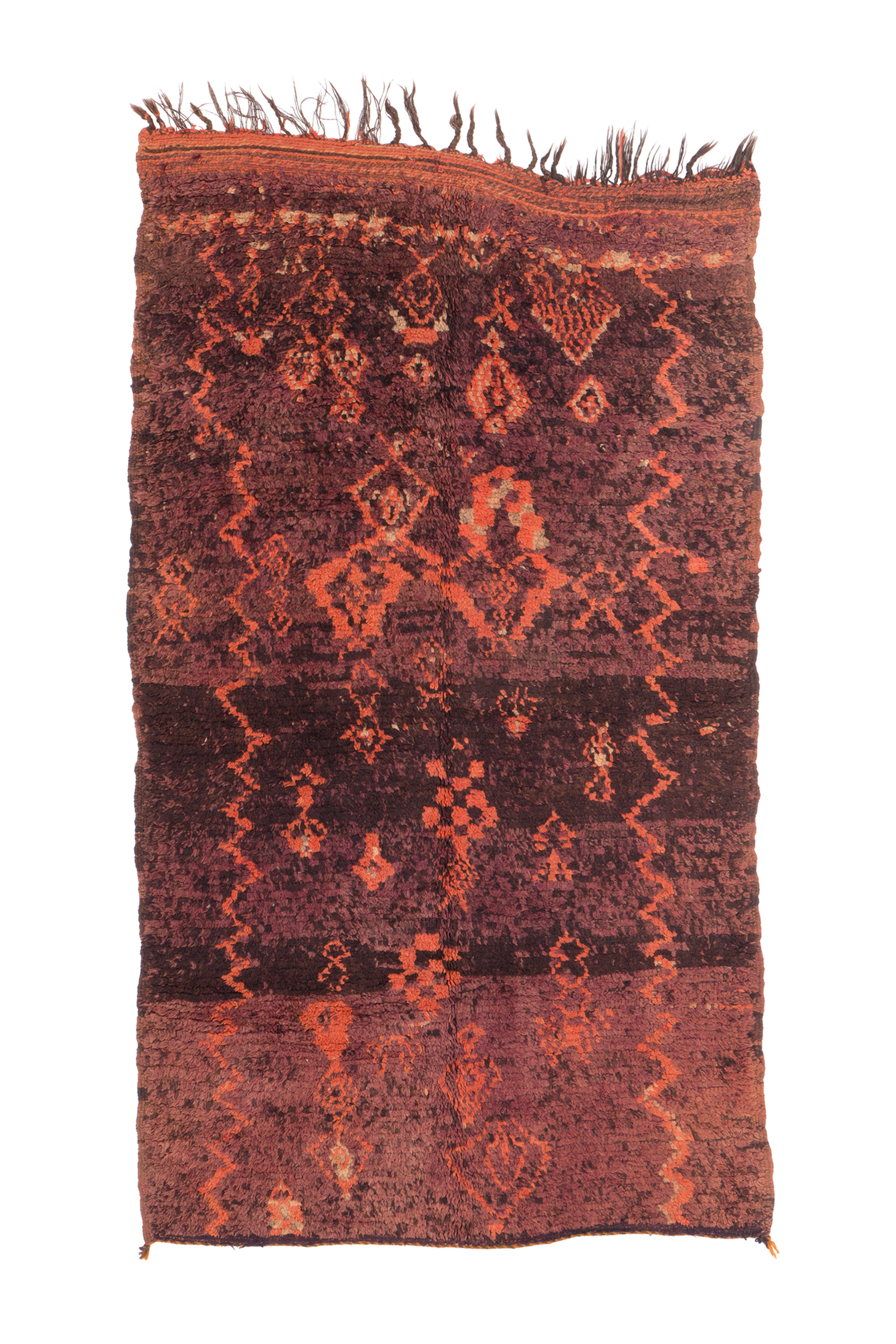 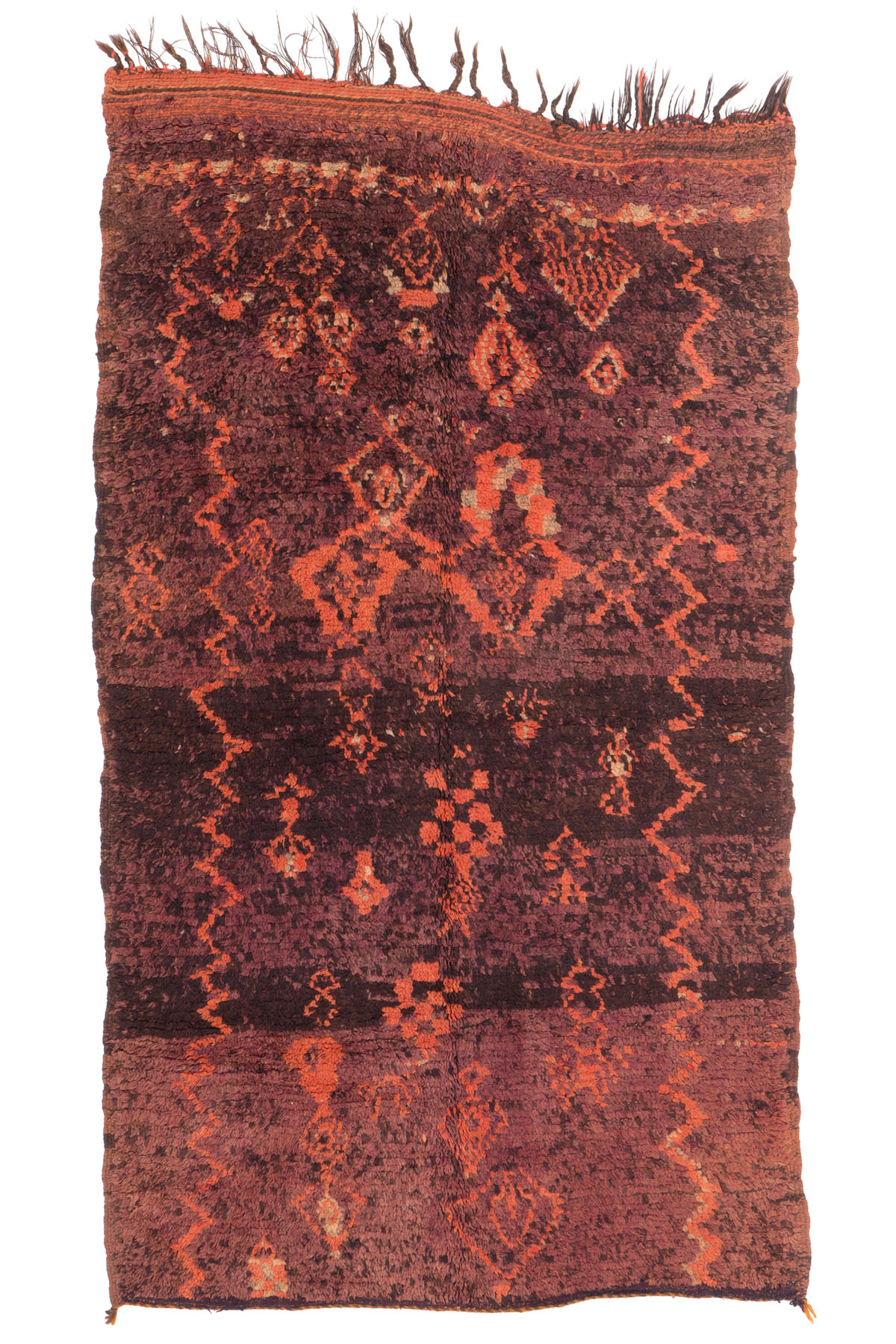