A boldly colored Azilal rug, 1990s-00s, most probably from the region around Bzou, the bordering area between the Boujad region and the High Atlas. The painterly composition begins with a distorted checkerboard at the bottom, then suddenly changes its rhythm into a flaming-like abstraction, until it moves into a grid and linear structure, with small outbursts finishing the overall vibrant pattern. This rug is a real firecracker! 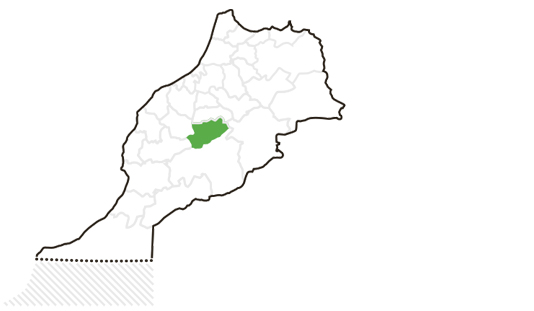 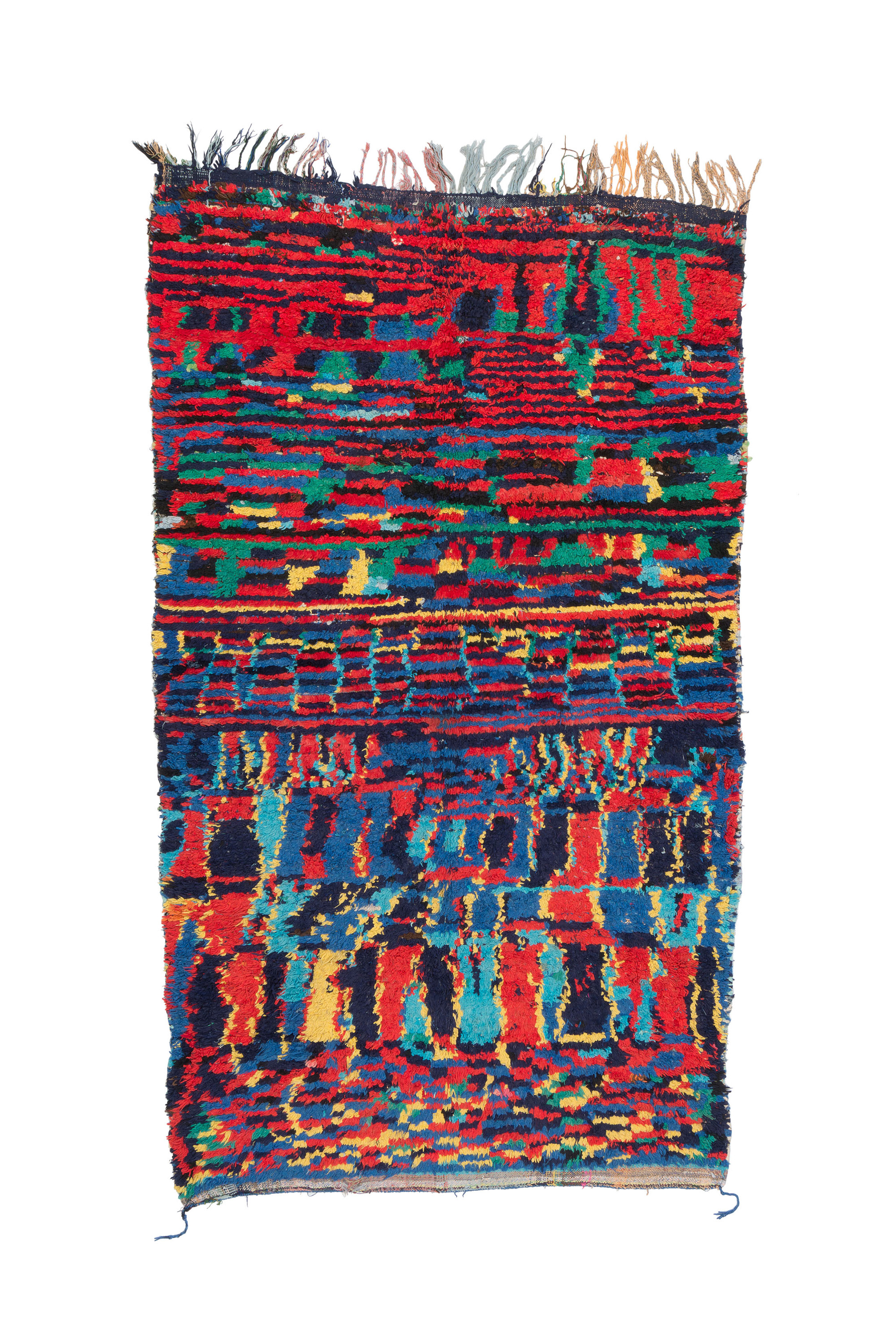 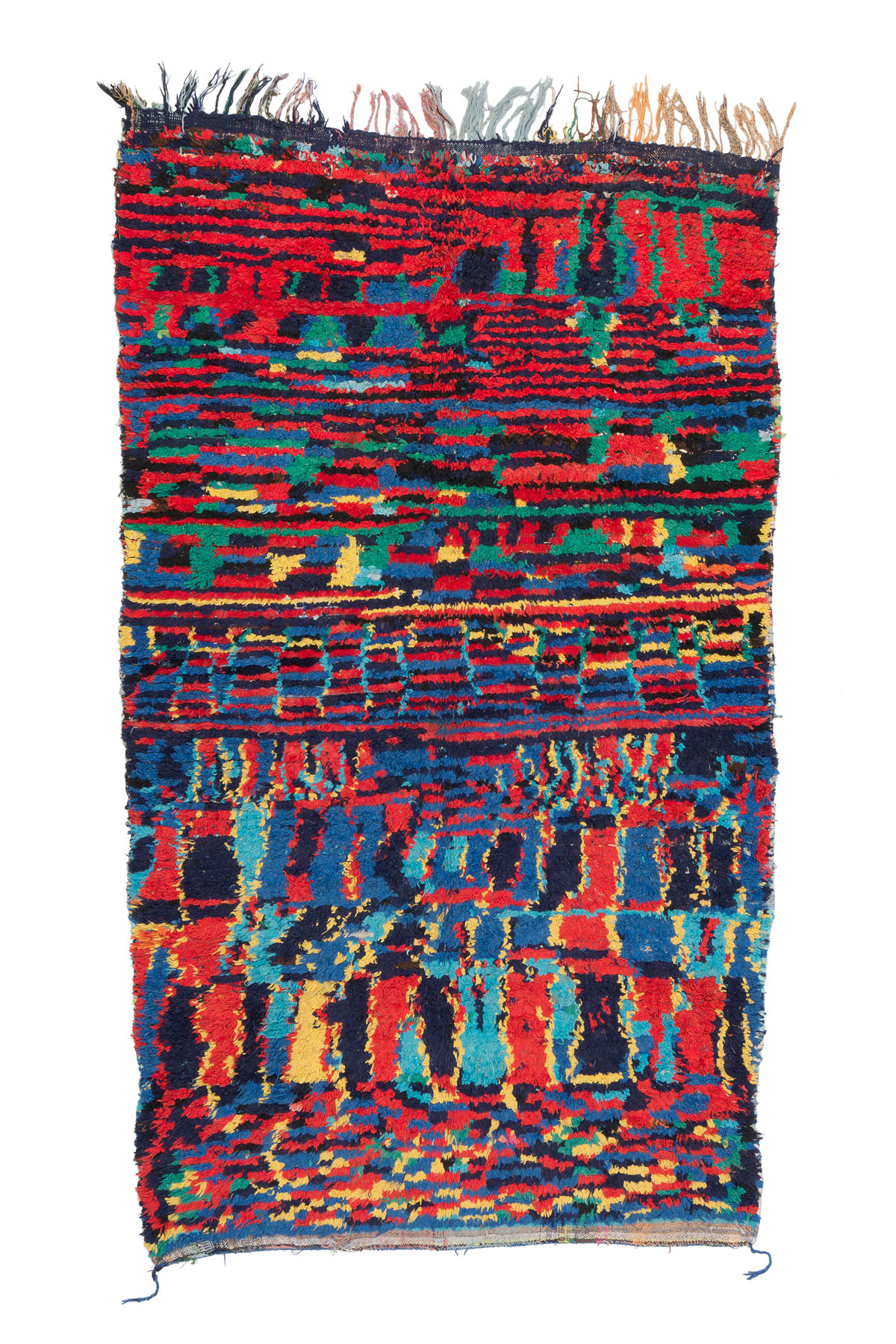