An exceptional old school Boujad rug, ex- Richard Hersberger Collection, 1960s, with a fine surface displaying a distorted checkerboard design. Even if this rug was most probably slightly shortened, it has a strong painterly composition that is not lacking in quality. This example, which incorporates a few recycled textile scraps, is a stylistic forerunner that later led to the making of Boucherouite rugs, which are almost entirely made with recycled textiles. 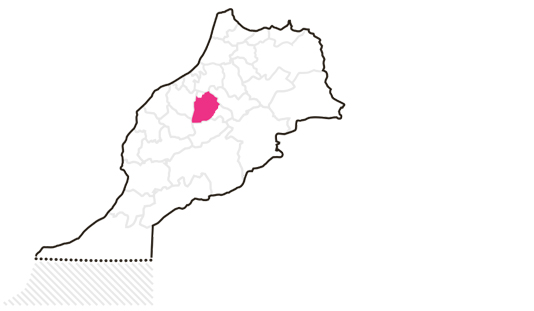 BOUJAD rugs are made by Arab tribes and Arabised Berber tribes but they are named after the town of Boujad. The surrounding region of this town lies in the western foothills of the Middle Atlas adjoining the Zaer tribal territory in the extreme western corner, and the town Beni Mellal at the northernmost edge of Western High Atlas. The knotted rugs have typically a low pile and are often made with mixed materials such as wool, cotton, textile scraps and industrial yarns. Their designs are often highly individual containing Berber motifs, motifs found in Rabat rugs, distorted checkerboard fields and gestural abstract patterns- all in lively colors. 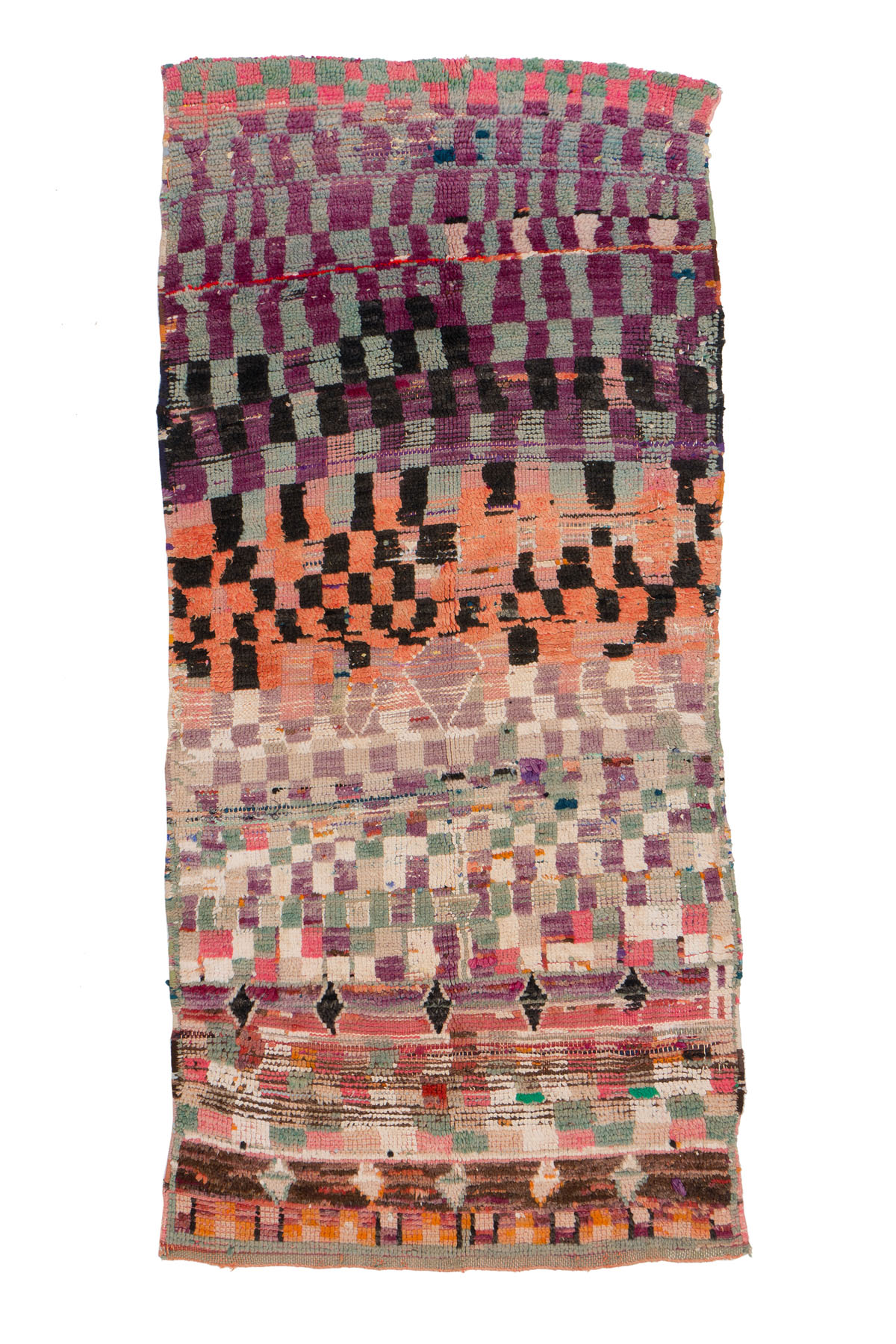