An unusual Zayan rug from the central Middle Atlas, mid 20th century, with a vivacious design broken down into three horizontal sections. Each section has an underlying geometric structure interspersed with (almost exclusively) diamond motifs that morph into drop-like shapes towards the upper part of the field. The pattern was probably created with a stringent geometry in mind but turned out to be more spirited and lively in the outcome. Its vivid appearance is even further enhanced through the rich color variation in the background. Compared to other examples from this region the structure of this rug are a bit less dense. 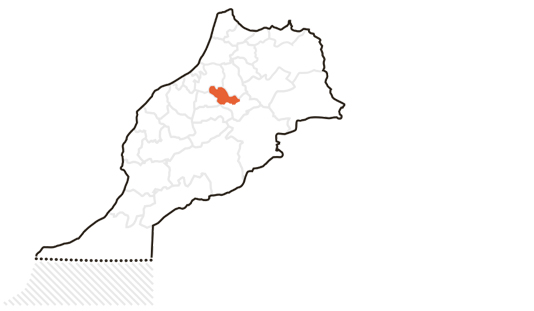 The territory of the ZAYAN tribe, neighboring the Beni Mguild tribe, is located in the western Middle Atlas. The Zayan tribe is split up into eleven sub-tribes. The town Khenifra divides the tribal region into two zones: a larger part in the southwestern Middle Atlas and a small mountain region northeast of Khenifra. The typical knotted Zayan rug is brick red with a lozenge network containing small diamond motifs and has a high pile (up to 10cm/3’9“). The pattern is usually only visible on the back side and tends to be rather formal in execution. It is rather rare to encounter examples with freer designs. 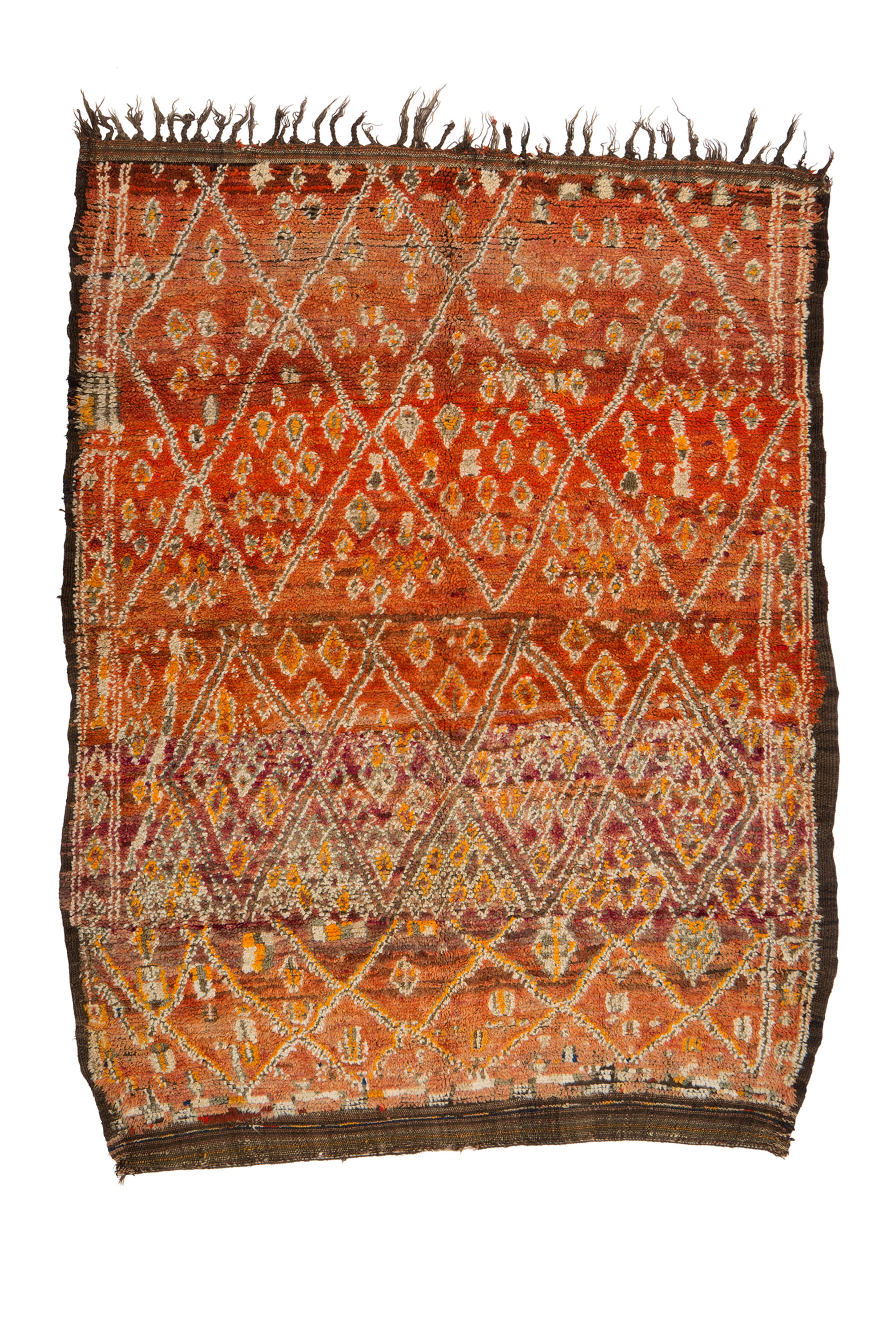 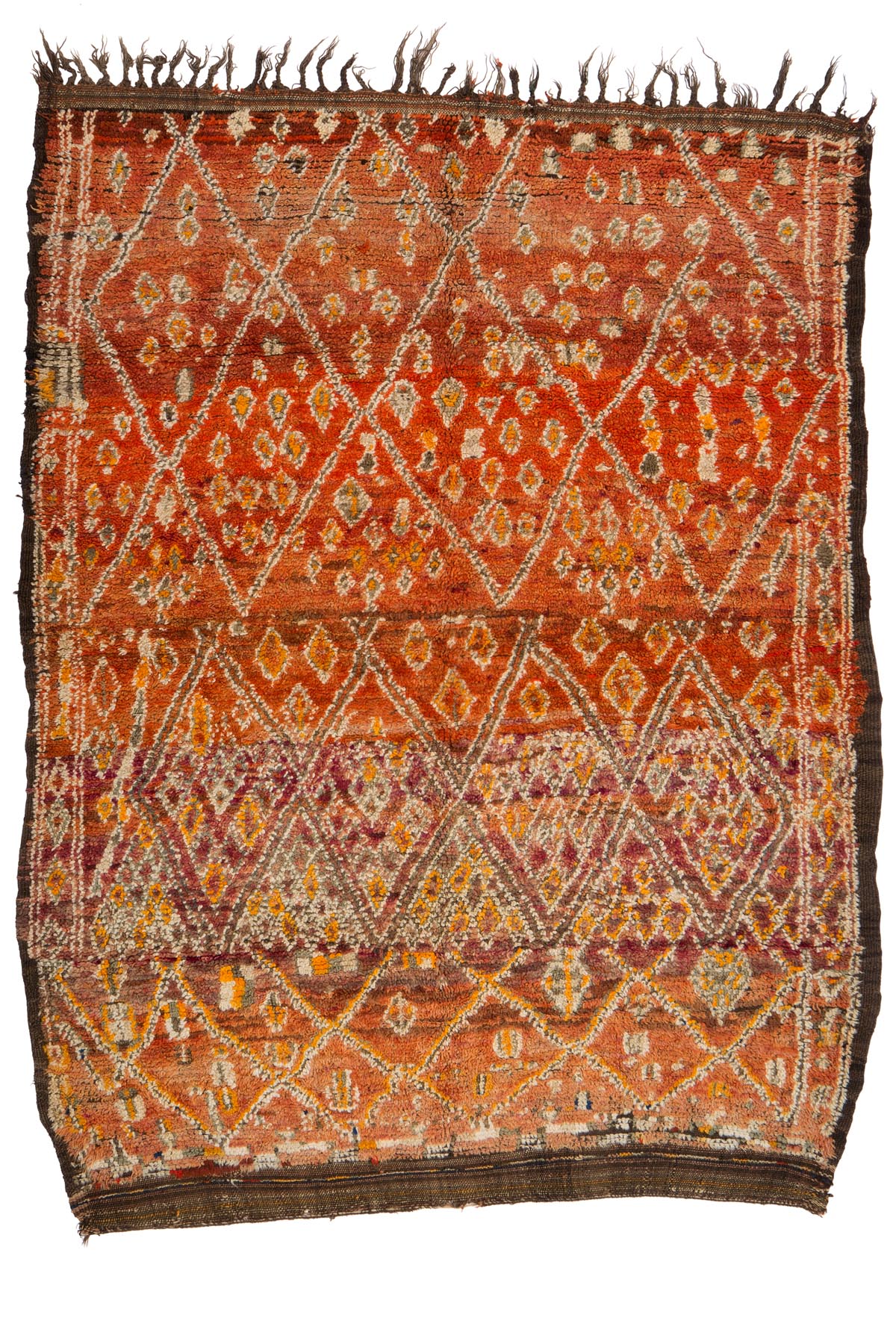